Home » Clayface and Man-Bat: The Villains We Deserve 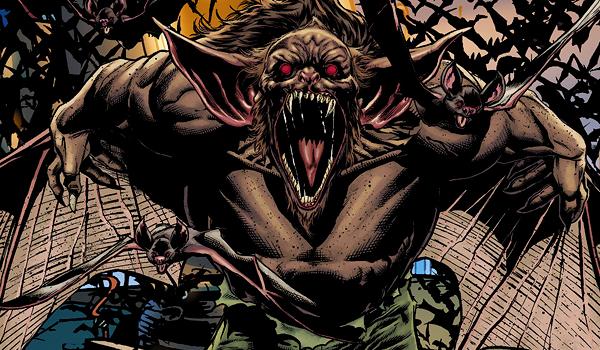 When I saw Batman Begins for the first time at the age of 15, I remember leaving the cinema with mixed emotions. Don’t get me wrong, I loved the movie and was thankful for the franchise’s return to the realism and grittiness Batman fans had come to love and expect from the likes of Tim Burton and Batman: The Animated Series. No, it was the internal monologue I found myself having and the question that plagues me to this very day; if we can get Scarecrow and Ras Al Ghul, what’s to say we can’t get more fantastical and abstract characters from Batman’s extensive roster of villainy.

This hope, which had been fuelled by the inclusion of Ras Al Ghul and Scarecrow in Batman Begins, was soon dashed when the two subsequent films, The Dark Knight and The Dark Knight Rises, decided to stay deeply entrenched within the notion of adapting a Batman that adhered to the current zeitgeist. Nolan’s agenda of creating real life villains dealing with real life issues, was a smart one and a course I cannot fault him for taking. Whether that be via the Joker donning the role of terrorist in a Post 9-11 market or Bane shining a light upon the corrupt hierarchy of the banking crisis and the decadence of the elite.

However, as great as those films were, a trilogy of which I am a huge fan, I still felt myself yearning for the director who would have the balls to step into the macabre cannon of DC and return with Clayface, Man-Bat or Maxie Zeus, to name but a few. Not so deep as to lose resemblance of realism (I’d quite happily never see another incarnation of Egghead or Kite-Man for instance) but just enough of a stepping out of Warner Brothers comfort zone.

Warner Brothers and their live action portrayals of Batman have often been hampered by their inability to throw aside the crutch they lean upon when it comes to their selection of well established villains. Christopher Nolan took a bold step with the selection of Scarecrow and Ras but halted all too soon, the lure of Catwoman and the Joker too great. There will undoubtedly be those of you out there who will read this and protest, “But what about Bane, he was relatively unknown to the initiated?” And I would agree with you to some extent, however there was not a drop of venom or a Lazarus pit in sight.

Granted in Warner Brothers defence, I think this was largely due to their desire to steer the good ship HMS DC well clear of their last onscreen portrayal of Bane. I would forgive you for forgetting Bane’s previous run-out in Batman and Robin, a depiction that still gives me nightmares whenever I go shopping and recollect his supermarket dash/spree through Arkham Asylum (shudders). However, if there’s one thing Batman and Robin was good for and believe me there’s not much, it showed us how not to make a Batman movie. Case in point, we’ve seen how not to bring villains with metaphysical attributes to the big screen. Bane’s portrayal resembled that of Lurch on steroids with a vocabulary that made Groot seem a wordsmith  in comparison.

And then, on the horizon, like a Bat-Signal illuminating Gotham’s skyline, the Suicide Squad trailer dropped and with it the scaly, pointed teeth wonder that is Killer Croc stepped into the fray, my hope resurgent once again. Although he is bringing yet another depiction of the Joker with him, which I am not  wholly against, for the first time ever DC and Warner Brothers seem to have freed themselves of the shackles of appealing to those not familiar with the comics or animated series. Granted, we are not seeing Croc in Batman v Superman (at least one would assume, crosses fingers) but Zack Synder has gone on record stating that Ben Affleck‘s Batman is responsible for imprisoning the members of the Suicide Squad.

So is it too much to hope for that two of my personal favourites Man-Bat and Clayface are ready to make an appearance? Lets walk it through. Firstly, we know from images and trailers that Synder and David Ayer are keen to expand the DCEU, Justice league firmly on the horizon. We’ve seen footage of Doomsday and a glimpse of an Omega scorched landscape in Batman’s much discussed Knightmare sequence. In addition, with the introduction of Kal-El and the Kryptonian race in Man of Steel, would it be too much of a stretch to see a shape shifting mound of clay or a genetically enhanced Man-Bat? I sincerely hope not.

Affleck recently discussed this very matter in Entertainment Weekly, possibly hinting at the inclusion of more to come. Discussing previous Batman outings he had stated, “He never has to reconcile who he is with the idea that there are all these other people who can do these supernatural things. Having to confront that and having to deal with that is my contribution to the character.”

Secondly, there is the aforementioned issue of realism. The spectrum of TV spots, trailers and promotional material for Batman v Superman and Suicide Squad indicates the desire to continue dark, gritty and well rounded characters, rich in backstory. I can think of no greater back stories than that of Kirk Langstrom or Matt Hagen (Basil Karlo in the comics), two souls plagued with addictions of scientific achievement and acting grandeur. The irony of the chameleon-like Hagen who gets what he wished for, the ability to take on any role, whilst in the process rendered faceless, his very soul lost to the dramatic transformation, is just too good a story to pass up.

So what do you think, should I let the dream go?  To clay or not to clay, that is the question. Let me know in the comments below or send us a Tweet!