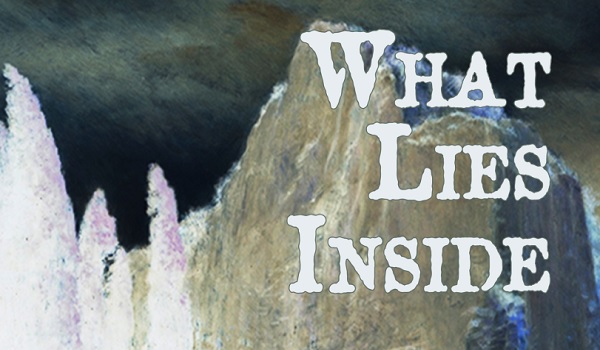 Now that we’re more or less into the summer in some places around the world, many people are probably outside sabotaging fire hydrants and setting down spike strips to trap Mr. Softy in an effort to stay cool (do not attempt). All jokes aside I would be out trying feebly to disable all manner of ice cream trucks if I wasn’t so deep into What Lies Inside: The 10th Anniversary Split Lip Hardcover. Yes friends, even my insatiable need to capture ice cream dispensing vehicles and deface public property can be quelled by a good horror anthology; and What Lies Inside just happens to be better than good. It is our great pleasure to bring you this review of the 10th anniversary collection extravaganza of Split Lip. Let us begin.

Writer Sam Costello has put together quite a treat for fans of Split Lip in this anniversary anthology. Packed to the brim with content, this nearly 350 page, hardcover behemoth is enough to keep any fan of “weird fiction” satisfied for hours on end. To make things clear, Split Lip is less of that gory, Nightmare on Elm Street or Friday the 13th type horror fiction, and can be more closely compared to shows like The Twilight Zone or Night Gallery. The bottom line is good horror is usually psychological, and the stories in this book do an excellent job of creating an often claustrophobic, inescapable atmosphere that is both horrifying and gripping at the same time.

This is the tough part. There is so much content in this book that it would be nearly impossible for me to talk about every story at length (not to mention keeping you from committing crimes against Mr. Softy; wouldn’t wanna do that), so for the purposes of this article we will be taking a look at this anthology as a whole, with a few of my favorite moments and aspects peppered in. 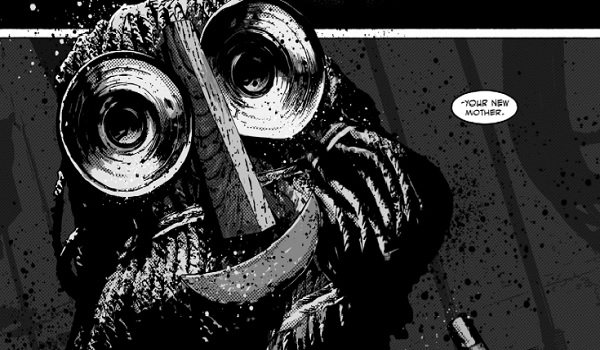 Oh yeah. The first thing I noticed about this book was how tremendous the artwork is. From the opening pages of the first story, Victims, I was immediately taken aback by Steven Perkins‘ work. Not that I’m not regularly impressed by many of the artists who’s work I’ve reviewed, but this was different. I quickly leafed through the book and I was so pleasantly surprised and impressed with the amount of time and effort that was spent on these stories; it’s truly commendable, and for this sort of book it wouldn’t work any other way. There’s such a symmetry between Costello’s writing and the artists that give his scripts a face that it’s astounding. It really needs to be seen to be fully appreciated.

One of my favorite aspects of the Split Lip anthology is all the extra content that is packed in with the stories. From script breakdowns and interviews with the artists, to concept art and blurbs about Costello’s journey into the genre, there is so much bonus material in this book that it’s almost overwhelming. But that’s a good thing because it forces the reader to take their time between each story, soak it all in, and get some background on why the story exists. This book often shows that true horror isn’t the monster in your closet (although you really should check that closet) or that strange reflection on your window at night, but rather the internal fears and anxieties of oneself and the society around them/you/it/…eh….you get the point. 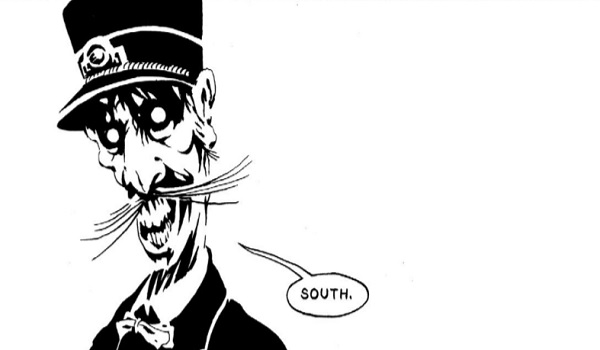 Here is your friendly train conductor for the evening.

The book is broken down into various sections that explore different aspects of horror, or “weird fiction,” if you will. From “Tragedies” to “Hell is Other People” (my personal favorite), each section aims to collect stories from Split Lip that will disturb you, or force you to think in a variety of ways. Make no mistake, this is a book for readers who like to face true horror head on. From domestic terrorism, to dealing with a family member’s illness, all the way to the internal struggle of a wanna-be vegetarian (that’s me), this book does it all. Costello takes issues like cancer and presents them in a very real way, all while scaring the hell out of you at the same time. That is what good horror does; it forces us to see our own fears realized, and in the process teaches us something about ourselves that we might not have been aware of, or were too afraid to see. 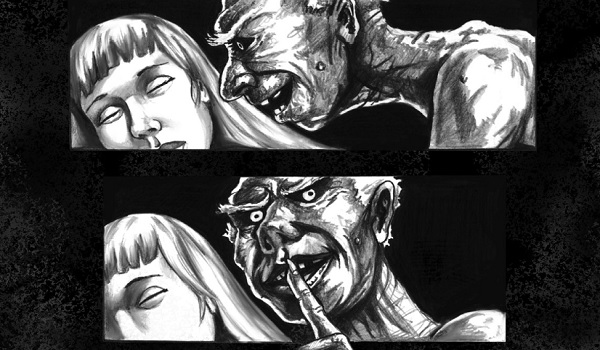 The episodic nature of this book is what really draws me to it; the stories are short enough that you can digest the content and appreciate the incredible artwork without rushing through it too hastily. While this may diminish the mission of what Costello is trying to achieve, I have to say that reading the Split Lip anthology really brought me back to a time when I was watching Tales From the Crypt on HBO while my parents slept, and when I was probably too young to be watching it. Maybe back then most of the tongue in cheek humor went over my head and maybe it scared me, but the point is I was moved, and this book brought that feeling back. Not to mention that it’s presented in a stunning, hardcover format. So basically this book doubles as a weapon (you know, for scaring Mr. Softy) if you are so inclined, or in need, but it will also look absolutely fantastic on your bookshelf.

Remember when I said it would be impossible to mention everything in this book? Keep that in mind when you consider whether you want to check it out or not. A large variety of artists are featured in the pages of this anthology, and as such, fledgling writers and artists should remember that the interviews and inside looks at the stories that are contained within the Split Lip collection are a wealth of information and insight into the process, and can thus serve as a valuable asset. On the other hand, if you are a fan of the genre, get this book. I won’t even say you might like it, because you will. Not picking it up would be a disservice to yourself.

For more information on Split Lip Comics visit the official website, and then take a gander at Costello’s official Kickstarter campaign. It’s full of all kinds of rewards for you boys and ghouls out there (too much?), and you can get an amazing anthology in the process; it’s a win win deal! But don’t waste any time because the Kickstarter ends soon, so if those rewards are tickling your funny bone the time is now! Get to it!

Will you be picking up the Split Lip 10th anniversary collection? Let us know what you think in the comments section and on our Twitter page!