Home » Ø is Highly Concentrated Feels with a Weird Title 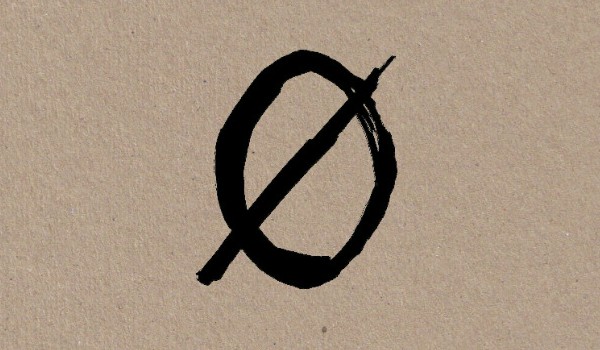 Ø by artist/writer Rozi Hathaway packs a surprising emotional wallop into a relatively short work. In a 16-page comic Hathaway sums up what it is to be a lonely as a child, facilitated by spot-on illustrations. The story follows main character La and her pet star Sparksy on a day in the young girl’s life. Nothing really extraordinary happens, but this only serves to reinforce the greater theme of loneliness because the reader knows the events are probably going to play themselves out time and again for her. For those who had similar experiences growing up, it’s going to be a serious flashback. For those without such experiences, it’s a wonderful chance to empathize with those that did.

The book is exactly as long as it needs to be. Hathaway moves the story along nicely the whole way and shows us just enough to empathise with La without belabouring the point. The story is, at its core, one about an abnormal girl that doesn’t fit into the world around her, and that fact is both painfully obvious to her and depressing as a result. It’s short and to the point with the storytelling, and succeeds tremendously in what it sets out to do.

The artwork also serves to reinforce the story being told by visually capturing the childlike feeling. To be more specific, the art is the sort of fare that can be found in children’s books, but at the same time reminiscent of art class watercolour paintings. To be even more specific, where your typical comic book artist will go to great lengths to hide brush strokes and seamlessly blend color, Hathaway almost highlights them in order to produce illustrations that are suggestive of youth and the innocent joy that comes along with it.

If there’s an issue with the comic, it’s the title. The best meaning I can come up with for titling the story “Ø” is that no one understands it. It’s different and that may very well be the point, but it comes across as confusing compared to the story within. Personally, I’m most familiar with the symbol as representing the concept of the empty set in mathematics and was a expecting sci-fi from the story. It doesn’t really detract from enjoying the story, but does diminish from the book as a whole. Titles are, after all, a not insignificant part of a work. There’s also a few nitpicks that made me go back over a panel on a few occasions, but those might very well have been the result of me reading it after a long day.

Nitpicks aside, I really loved this comic. It was an emotional gut punch that, quite frankly, I wasn’t expecting until it had already hit me. It’s childish, sure, but it’s honest and unashamed of what it is. Do we honestly live in a world so cynical that we can’t be childish from time to time?