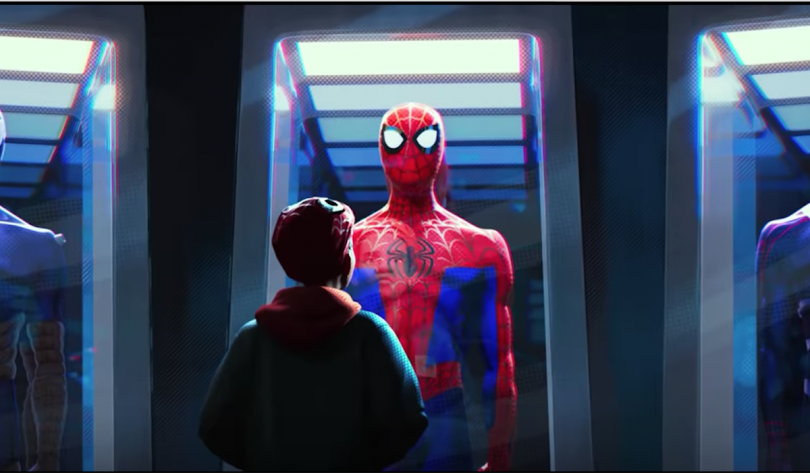 I’m super excited to see the first official trailer of Spider-Man: Into the Spider-Verse. I have been looking forward to the movie since I saw the teaser trailer a few months back, and you should be excited too! This movie is a fantastic direction for Sony to take Spider-Man. While teenage Peter Parker is in the MCU, Sony still has rights to use Spider-Man and other Spidey-related characters (i.e. this August’s Venom movie) in their own releases. Into the Spider-Verse is a fresh take on the Spider-Man legacy and will introduce to a wider audience to the character of Miles Morales. But before I gush about how much I love Miles Morales’ Spider-Man, let’s get into the trailer.

First, I would like to say that I really like the animation style. I know that it might not be everyone’s favorite, but I appreciate that they tried to make it see like a comic book coming to life. To me, it’s very aesthetically pleasing and if they intend to make future films like this one, I hope they use the same style. 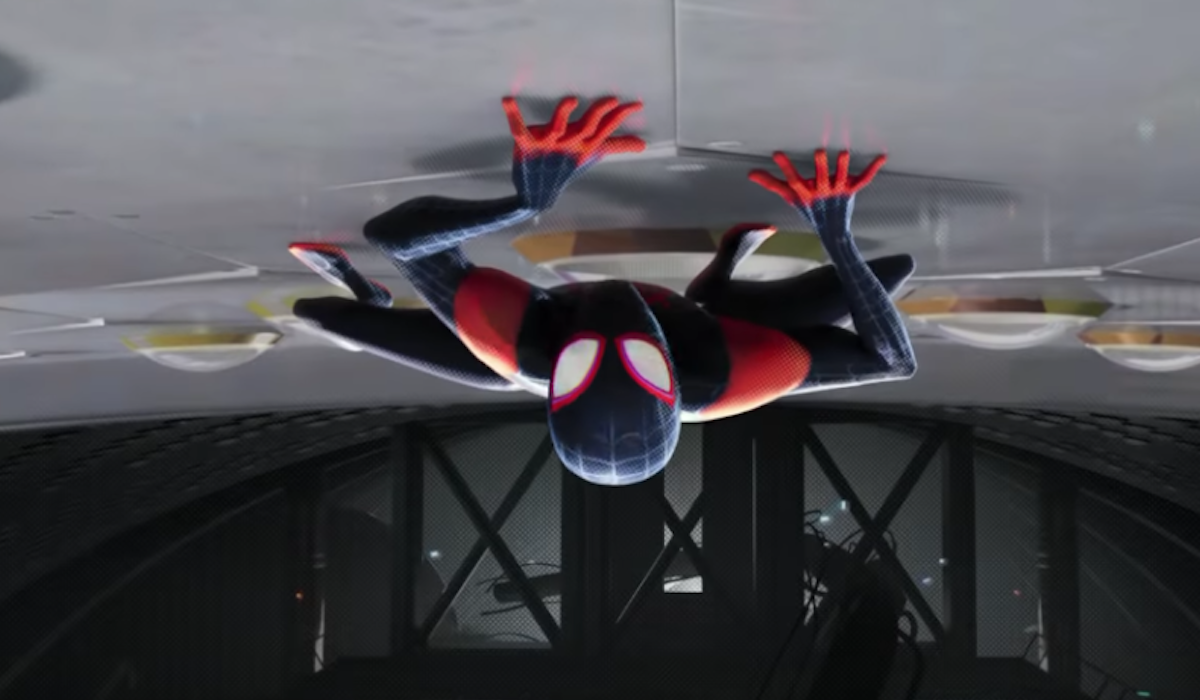 The trailer opens with young Miles (Shameik Moore) getting ready for school as his parents tell him to hurry up. It’s a typical start to a typical teenager’s day. As his dad drives him to school in the back of his police car, they pass a television talking about how “Spider-Man” saved the day again. It’s a smart way to establish that there already exists a Spider-Man, but not just one for much longer.

Miles narrates for the trailer, hopefully something that continues through the whole movie. Despite the other Spiders’ inclusion, I want this story to be primarily Miles’. As Miles introduces himself, we see a scene of him walking down to the subway/sewers where he witnesses Spider-Man (Jake Johnson) fighting a monstrous flying creature that looks like either a version of Green Goblin or Morlun or one of his lackeys. Spidey saves Miles, quickly realizing that Miles has powers like him.

(Softly in the background, am I the only one okay with Peter taking on a mentor role to Miles?) 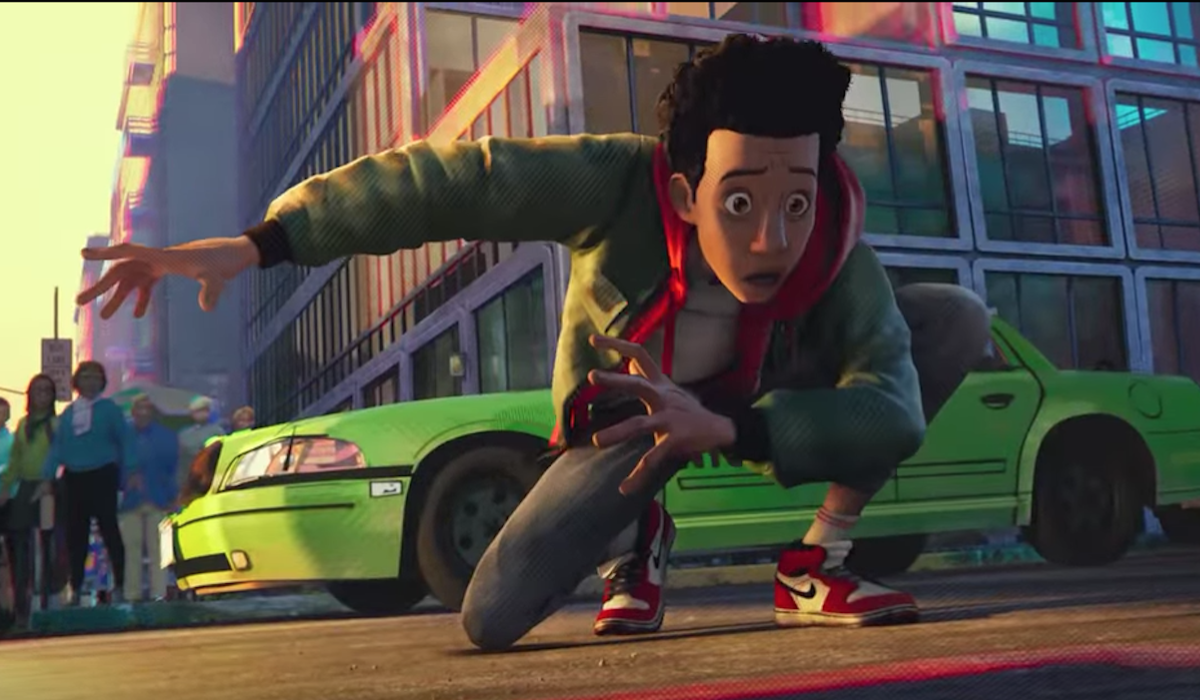 Peter and Miles talk at a diner about being Spider-Man and how Peter can teach Miles. The perpetually poor Peter then pawns a bill off on Miles who comments that “I think you’re gonna be a bad teacher.” Peter’s advice for Miles is not terrible; basically, Miles is told to start by saving one person (I see what you did Sony, taking that from Justice League) and to be a different kind of Spider-Man than Peter, to do the superhero gig in Miles’ own way.

We see Miles use his invisibility/cloaking power and wearing two different costumes (assuming the Spider-Boy suit is his first one and his black and red one is his proper costume). We also see some training in Central Park (or another park in the concrete city of New York) where they run into Gwen Stacy (Hailee Steinfeld) as Spider-Gwen. 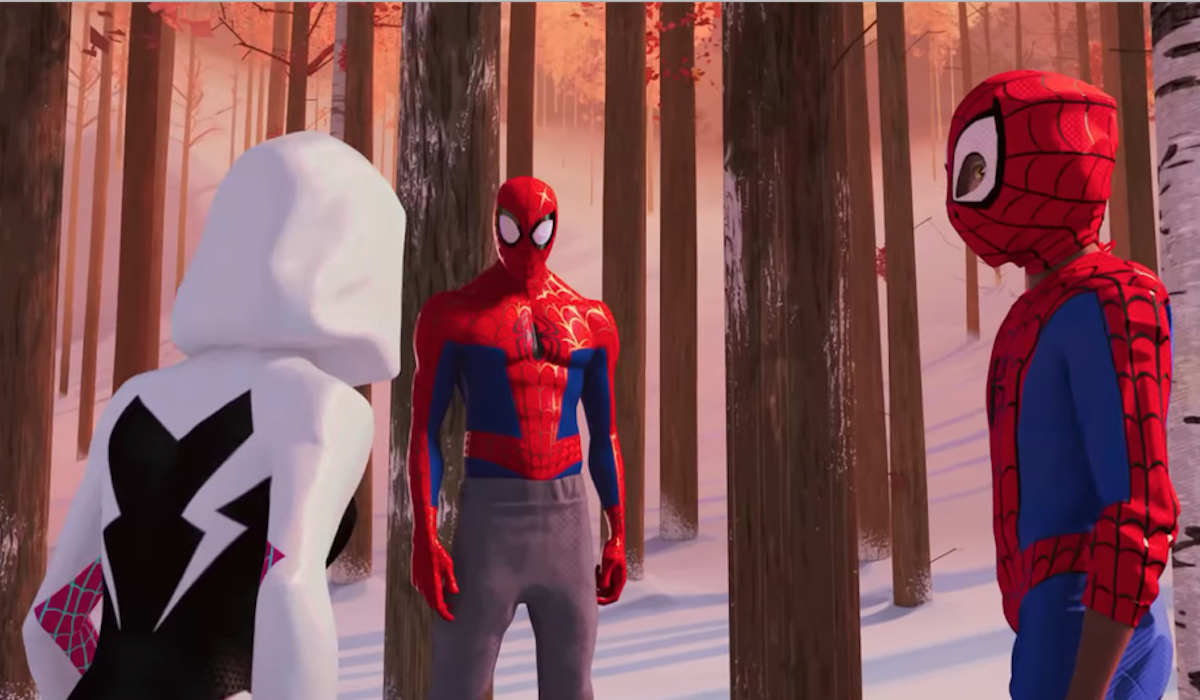 Another aspect that this trailer does well is how it portrays the relationship between Miles and his dad (who is Aaron Davis’ older brother, aka Donald Glover‘s character in the MCU). Miles’ dad is awesome. I loved the scene when Miles’ dad drops Miles off at school and he uses the police horn to make Miles say ‘I love you, Dad.’ I can tell that Miles’ dad is going to be the one in trouble in his movie, but please don’t kill him!

Overall, I really enjoyed Spider-Man: Into the Spider-Verse‘s first trailer. It looks to be a refreshing take on a familiar character that’s been rebooted several times already. By being an animated movie, and with its focus on Miles Morales, this one should have no problem distinguishing itself from the rest.

Does the trailer give away anything? Not really, just vague scenes and no plot information; if I did not read the original Spider-Verse story in the comics, I wouldn’t know a thing about Morlun and the Spider-Verse itself. I suppose it is best to be a surprise. I don’t know how the movie will do in the theaters on Christmas day since Nov/Dec tends to be Star Wars‘ chosen months for new movies (though not this year, thanks to Solo.)  I think it would have been better to release this movie direct-to-DVD/Blu-ray, but we will see how it does at the box office. I certainly hope it does well.

Did you check out the trailer? What do think? Will it be worth the price of admission at the theaters come Christmas? Sound off in the comments or send us your thoughts on Facebook or Twitter!