Home » The Traveller’s Sci-fi Leanings Will Leave You Guessing Until the End! 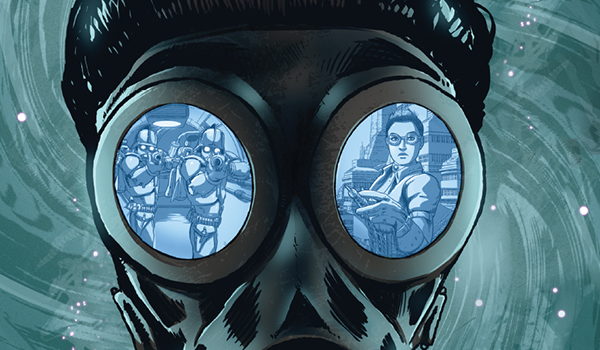 The Traveller begs the fundamental question: what price would you pay for the greater good? Writer Neil Gibson takes a stab at answering this question through this steampunk time travelling adventure that will leave readers guessing until the very end. From TPub Comics, and currently funding on Kickstarter, this story is sure to keep readers entertained.

Set in the 19th century, Iosef is a poor shepherd from Georgia who has lost all hope. Before he attempts to take his own life, a mysterious figure emerges from a portal right before his eyes. Who is this man and what does he have to offer? 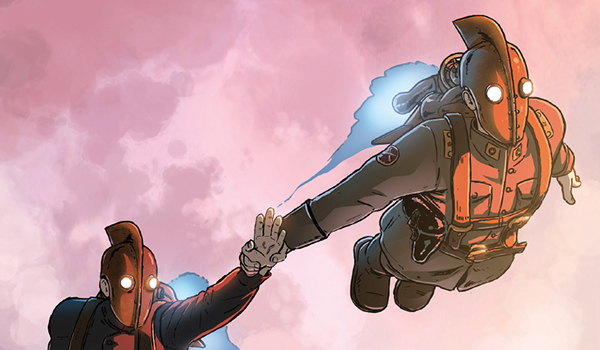 There are very few comics that will genuinely keep you guessing with each page turn. It’s hard to talk about this comic because there are so many turns this story takes, turns that the audience will not be expecting. The Traveller also transports the reader to interesting worlds, including a steampunk filled setting everyone is expecting. The worlds are fun, colourful, and balance with the crazy plot twists.

The artwork compliments this comic very well. The use of colour gives each world and setting a distinct feeling. It’s as if the readers are travelling with Iosef rather than being mere spectators. The people Iosef runs into have some interesting character designs as well. Again, it’s hard to go into too much detail without giving the plot away but it is one of those moments where readers will appreciate the designs more once they get to the very end of the story.

Part of what makes the plot so good is watching Iosef’s journey. He is such a complex, interesting character to witness. You can sympathise with his struggles and you want him to succeed despite the questionable way he is introduced. He is a character that you can sympathise with but know he has some serious character flaws. He’s a man who feels like his own person, rather than a character we are reading. He goes in directions you wouldn’t expect.

Really, this is just one of those comics where you have to read it to fully understand just how good it is. If you’re a fan of sci-fi steampunk that asks the hard questions, this is a comic you don’t want to miss. It’s a condensed story with great art and great story.

You can learn more about The Traveller through TPub Comics’ website, as well as via its Kickstarter campaign! Have you had a chance to read this nail-biting comic? Let us know in the comics below or send us your thoughts on Facebook or Twitter!