Home » Travel Through Time with Neil Gibson, Writer of The Traveller 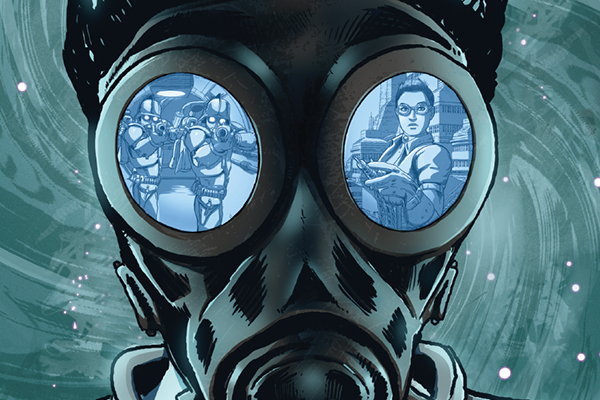 We recently reviewed The Traveller, a steampunk sci-fi adventure from TPub Comics. There are very few stories that we’ve read that left us really pondering and took us in directions we never saw coming.

With the comic currently funding on Kickstarter, we caught up with Neil Gibson, writer of this page-turning story.

A Place To Hang Your Cape: There are a lot of twists and turns in this story. How did you come up with the overall idea for The Traveller?

Neil Gibson: It all started with Tasos. He asked me if I could write a story for him and so I smiled and said “of course!” You see Tasos is a Cypriot which means it is dangerous to refuse him… I then asked him what he loves to draw and he instantly said steampunk. So we discussed a few ideas and the story came from there.

AP2HYC: Iosef has such an interesting arc in this story. What was it like developing this character? Did his arc come naturally or was it difficult to figure out where he was going?

Gibson: You know, I tend to forget a lot of the process when I write a story. But I do know I figured out the end quite early on which made it easier to write the story. Some writers are very character driven and figure out the plot as they go, I am very much a plot orientated writer and I want to know the ending pretty early on.

AP2HYC: Was there anything in particular you looked to for inspiration when creating the different places Iosef visits? In particular, the last place he visits?

Gibson: Tasos is the man for this! I just gave the rough ideas in the script, but all the visual credit must go to Tasos. Artists have a tough job. They have to be set designers, costume designers, cinematographers and acting coaches all in one. The writer just writes! Also I must credit Jan Wijngaard for taking the art and making it soar. Hass also used some brilliant lettering. It really was a great team! 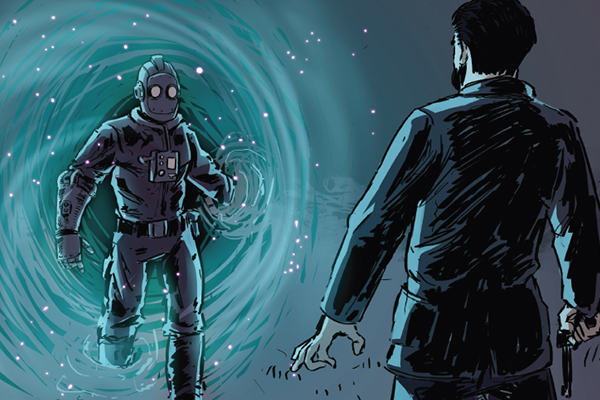 AP2HYC: One of the most interesting choices I found Iosef making was when he decides to talk to a certain character rather than blindly follow the directions he was given. What do you think motivates Iosef to make the choices he makes?

Gibson: Inspiration and self motive. He is amazed at this new world and how people complain about it and sees a real opportunity for himself. It’s up to the reader to decide if he is good or not. His experience changes him as a person as his beliefs are altered.

AP2HYC: What do you want readers to take away from this story?

Gibson: Good question. I think primarily I want them to have a good read and enjoy it, but if they were to take away something, I would suggest it was to wonder what the greater good is, to know that sacrifices are always necessary and that no matter the situation, some people will always be unhappy.
Hmm – you really made me think on that last one!

You can learn more about The Traveller via TPub Comics’ website. Have you already read the comic? Let us know in the comments section below or send us a Tweet!