Home » What If the Greek Gods Were Worshipped in America? 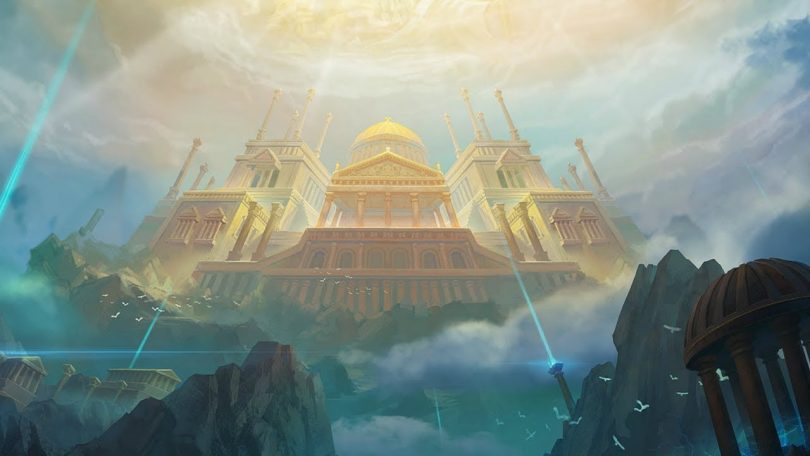 One of this website’s most popular articles is a comparison between the Justice League and the Greek Gods. I decided to revisit the iconic gods in a new article, inspired by American Gods. What drew me to American Gods was the concept of old forgotten gods living in America, and at war with modern gods. Some old gods joined forces with their successors as modern deities. But, in both the book and TV show, the Greek gods are strangely absent.

Neil Gaiman explained that there was little to no evidence that the Olympians were worshipped in the United States. This has since changed when Roman coins were unearthed in America. Just how would the Greek gods be worshipped if they had become a prominent religion in America? This doesn’t necessarily have to be read in the context of American Gods, and is more of a fun thought piece. Let’s say that in this alternative universe, the Olympians are the biggest, or one of the bigger religious movements in America. What would their domains be, and why would people pray to them? 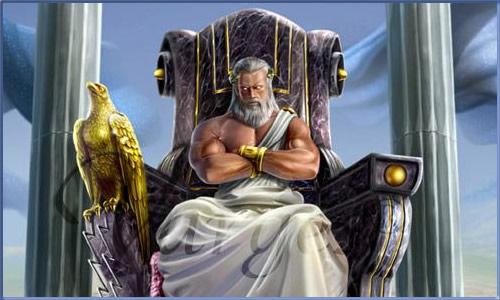 King of the Olympians, the big guy, and god of the sky, lighting, thunder, and the law. It is only natural that Zeus would be a big player in American culture. Zeus’ domain is the sky, which ties in quite well to the prime virtue of the United States: freedom. Zeus would likely embody all of America’s iconography, from the star spangled banner, to the bald eagle, which was a symbol for Zeus. Aircraft and planes would fall under his domain, since they are traversing into the sky, and every prayer that the plane would take off would go to him.

But, what about the use of electricity? Zeus got pretty miffed when Prometheus gave fire to mankind, leading to the whole Pandora’s Box drama. Imagine how he would react when man used his lightning as a power source. At first, he would probably be mad, but realise that every use of an electrical socket or switch would be in tribute to his name and might. So, next time you use the microwave, thank almighty Zeus (and the electrical company) for the power. 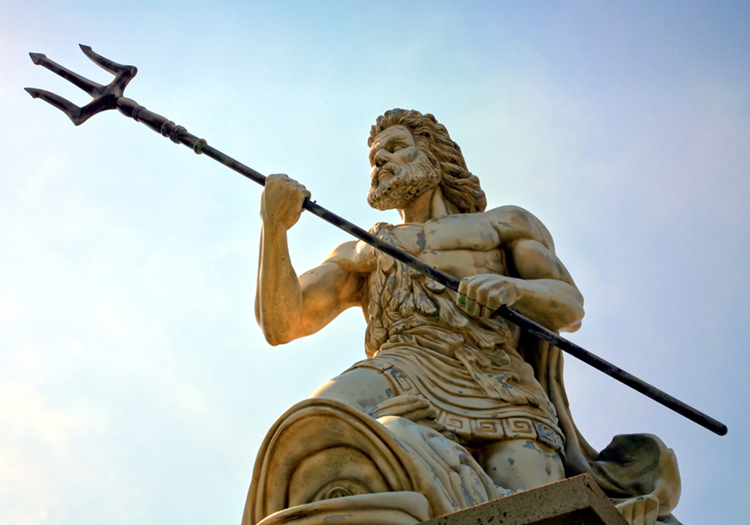 Zeus’ brother and god of the sea, Poseidon inspired both Namor and Aquaman, so give credit where credit is due. Poseidon would no doubt be the patron saint of the sea, and every water faucet in America. Every boat, submarine, swimming pool, aquarium, and all islands, would be a part of his domain. Poseidon is also god of horses, so he’d probably be very popular in ranches. I suspect Poseidon would be popular in Florida, and be a patron for surfing. Yeah, not much to say on him. Plus, he has a nice trident. 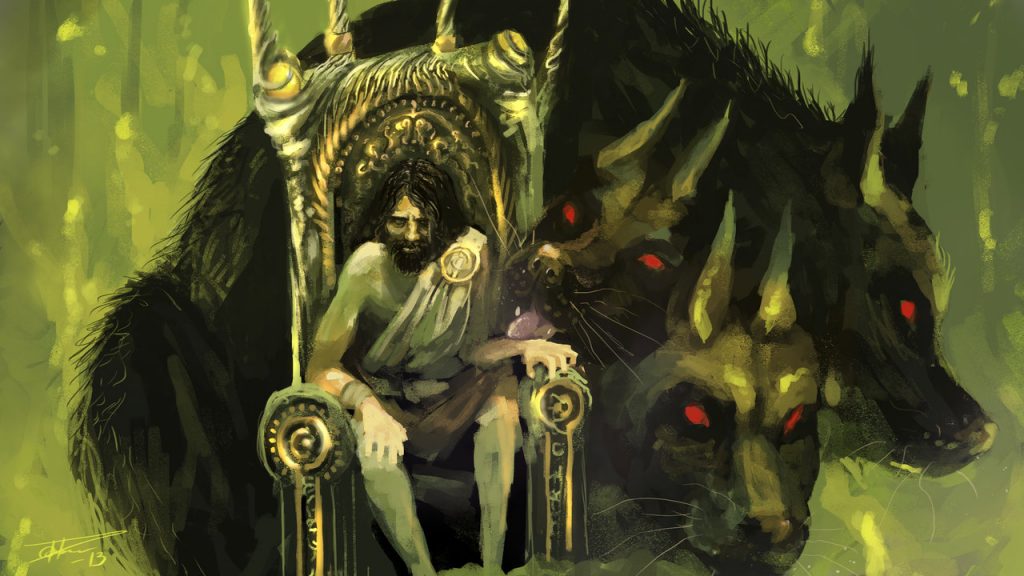 It is a common misconception that Hades is as evil as modern media portrays him. In the myths, Hades was actually one of the more reasonable gods. Perhaps the worst thing the did was kidnap his wife Persephone. Hades is King of the Underworld, and would be associated with death. Not the most popular thing to worship. On the other hand, he is the god of the earth and all of its riches. In other words, money, minerals, and jewels. Considering money makes the world go round, Hades would be very well off. In American Gods, Shadow Moon goes to Las Vegas, encountering a god who he is unable to remember clearly. This mysterious character is theorised to be either Hades, or Hermes/Mercury, who we shall discuss later. 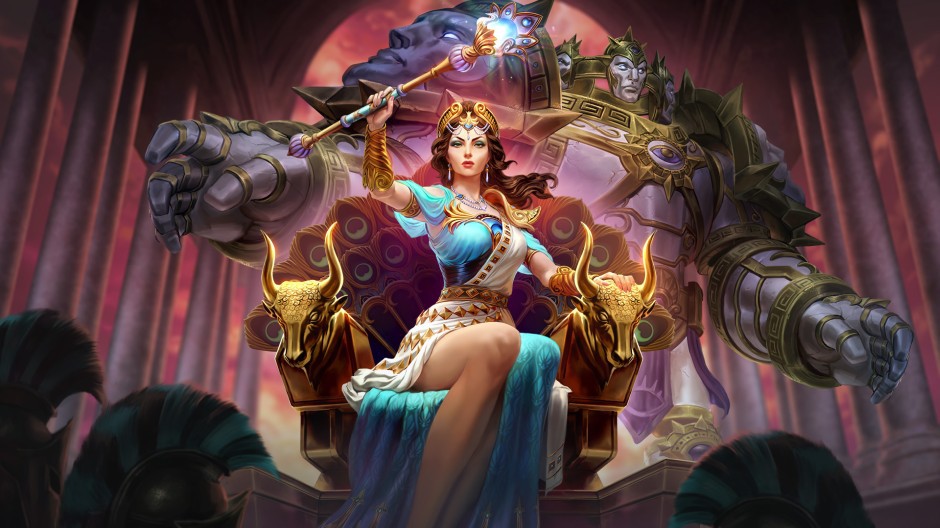 Zeus’ sister-wife, Queen of the Gods, and goddess of marriage, women, and childbirth. Hera is a maternal figure, protectress of married women, and sees that all marriages are happy ones. Of course, not all are, especially those celebrity marriages. Hera is infamous for being particularly wrathful on the women Zeus has slept with, and the demigods created from their romps. She would no doubt do the same to the unfaithful, and would be an unlikely patron of all those dramatic talk shows like The Jerry Springer Show. Hera would rule over every happy marriage, pregnancy, marriage counsellors, and anniversaries, and punish those who do wrong. 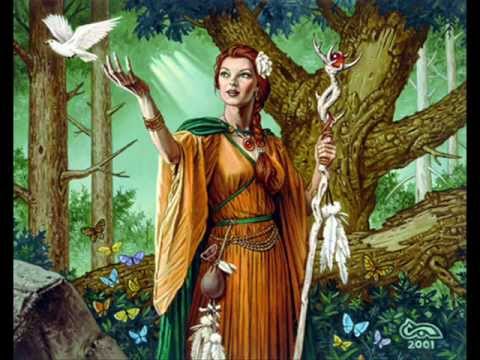 Demeter is the goddess of the harvest, agriculture, nature, and the seasons. She would have a huge influence over America, particularly in the farmlands and national parks. Certain states like Kansas are virtually synonymous with farming. Corn, wheat, tomatoes, and potatoes are popular American foods, and would grow through Demeter’s prayers. Her other domain would be the national parks, like Yellowstone and the Grand Canyon. In mythology, Demeter’s daughter Persephone was abducted by Hades, causing her to fall into depression, creating autumn and winter. When the seasons change, it would be said to be the work of a gloomy Demeter. Arbor Day and Thanksgiving would also fall under her rule. Oh, and I’d assume she would be popular in New Jersey, being the Garden State.

Hestia isn’t technically a member of the Twelve Olympians anymore, since she stepped down for Dionysus to take her place. Hestia is the goddess of hearth and home, but above all, family. Once upon a time, Hestia was one of the most important goddesses in the world. People would gather around the fireplace for dinner and conversations. Nowadays, with separate rooms and central heating, Hestia’s role seems unneeded. But, one of America’s core values is the bonds of family and friendship. Family can mean everything for people, even if unrelated by blood. Hestia can embody families, neighbourhoods, communities, and homes. She could easily be seen as a personification of the lost American Dream, and have a lot of power in the States. Thanksgiving would also be a big day for Hestia, since it is the quintessential non-Christmas holiday that involves eating around the family table. 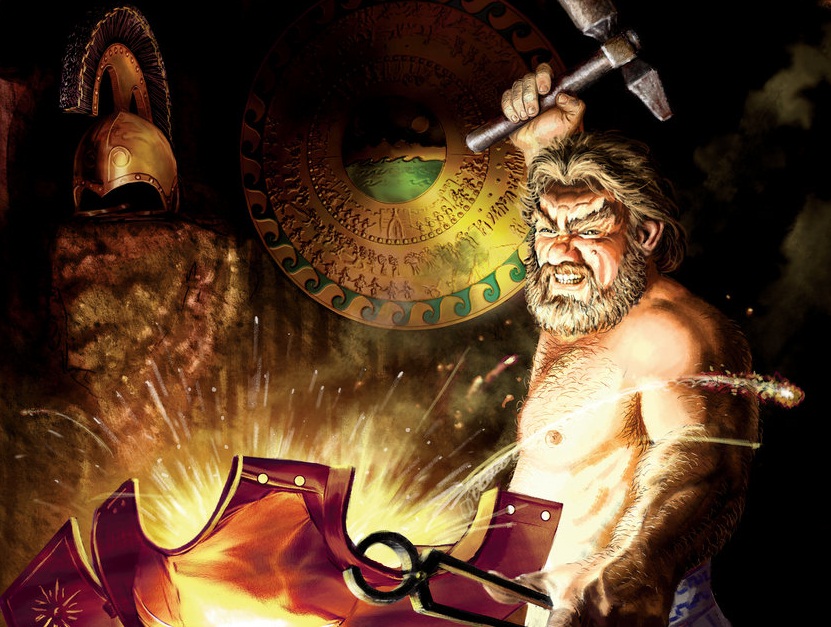 We have actually already seen Hephaestus in American Gods, or rather his Roman counterpart Vulcan. As god of the forge, fire, and volcanoes, Vulcan was rebranded by the New Gods as the gods of firearms. Every gun is like a volcano according to the character. To be honest, while it does reflect Hephaestus’ key domains, he is better suited as a god of industry and craft. Sure, Vulcan does run a factory, but it is built entirely for bullets. Hephaestus (and Vulcan) should embody America’s enormous industrial culture, manufacturing, and various forms of craftwork. Hephaestus is one of the more benevolent gods, and Vulcan’s comment of “every gun fired in a crowded theatre is in my name” really rubbed me the wrong way. 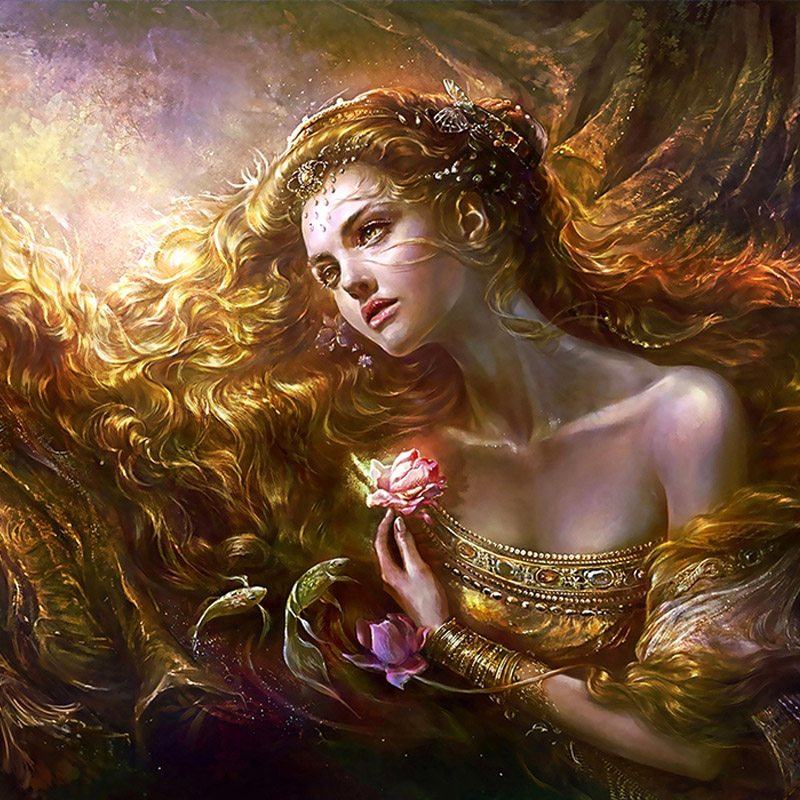 Aphrodite is the goddess of love, beauty, and sexuality, so this should be an easy one. Aphrodite’s origins are certainly a weird one. She was born after Cronus castrated his father Uranus, whose privates were sent flying, and crashed into the Cretan Sea. Aphrodite was born from the leaking “sea foam”. The Birth of Venus painting personifies her strange creation. Anyway, Aphrodite, being the goddess of love, personifies romance, sex, and all forms of relationships. Her son, Eros, or Cupid, is associated with Valentine’s Day. Being the goddess of beauty, Aphrodite would have dominion over modelling, fashion and all related trends and styles, beauty parlours, hairdressers, spas, and fashion shows. In Wiccan practices, Aphrodite is seen as an aspect of the religion’s maternal Goddess. 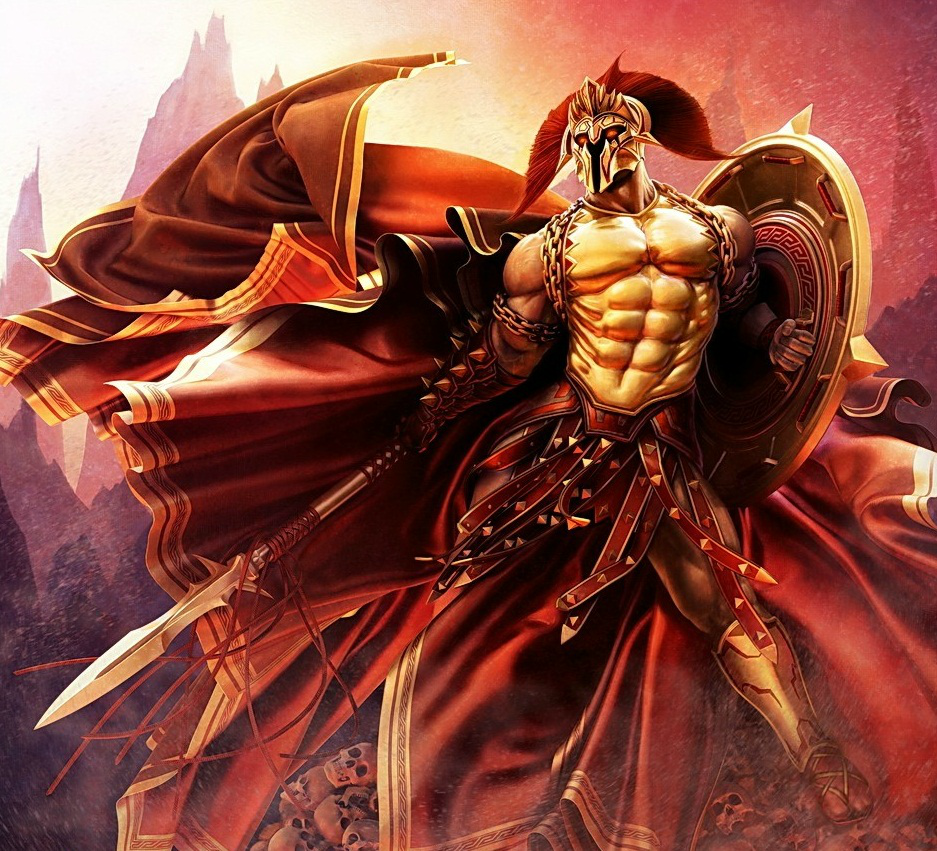 Urgh, Ares. Whilst his Roman counterpart Mars is a bit more heroic, Ares is just a thundering arsehole. He personifies war, violence, bloodshed, and the sheer brutality of warfare. No one really likes him, and he gives them little reason to. Though god of war, Ares doesn’t really reflect the sense of pride Americans have in their troops. Instead, he more aligns with the boorish, gun-toting patriots who will lash out if anyone criticizes or disagrees with them. ‘Murica incarnate. His violent nature better lines up with firearms than Hephaestus does, so I’d make him the god of firearms. 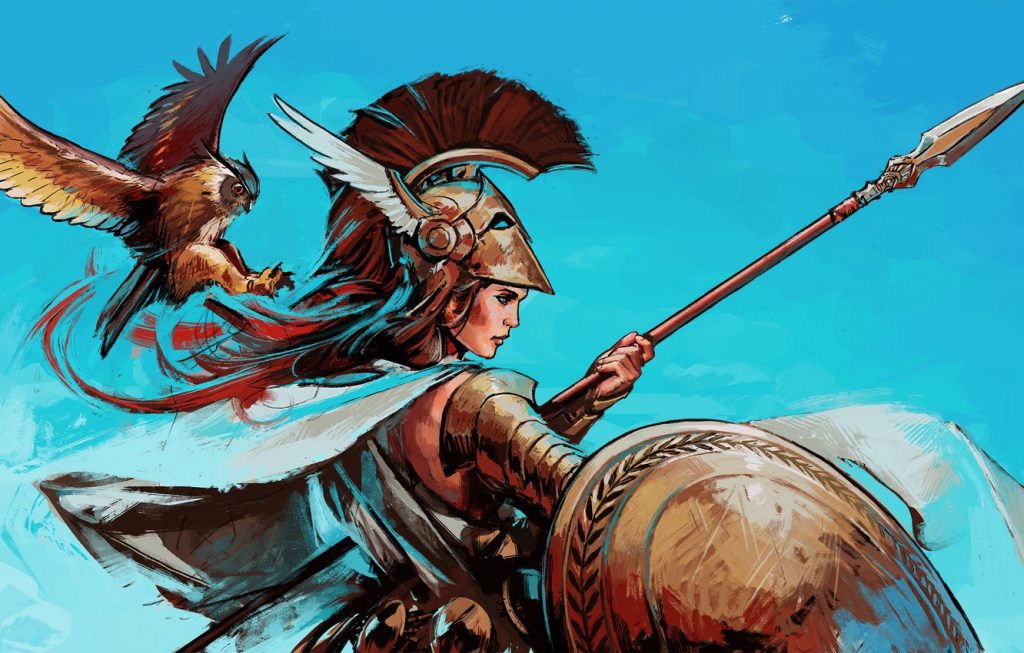 Goddess of wisdom, knowledge, intelligence, literature, handicrafts, science, defence, and strategic warfare. Yeah, Athena has a lot going for her. Whilst Ares personifies the violent brutality of war, Athena rules over strategic warfare. This better represents the American military, rather than the “shoot first, ask questions later” mindset that Hollywood portrays them as. Athena’s wisdom and knowledge means she would be the patron of education and all schools, colleges, universities, and libraries. Athena would oversee all forms of debate, discussions, and would likely have a statue in US Congress. Not sure how far her influence would reach in this age of ignorance, and increasing sense of loss for open conversation. 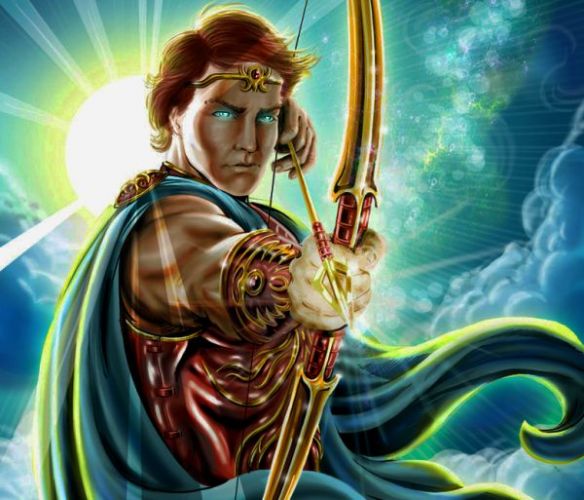 Apollo is influential to say the least. He is the god of light, the sun, prophecy, philosophy, justice, poetry, music, the arts, and medicine. He would be the god space travel, because of the many space shuttles sharing his namesake. Prophecy isn’t exactly big in America nowadays, but he could be associated with fortune tellers, horoscopes, and the lottery/sweepstakes. Apollo would personify the law and justice, and all related courts in the land. Being the deity of arts, Apollo would certainly have a lot more to rule over nowadays, including media, video games, and the internet. Apollo remains a god of health, medicine, and plagues, so he would be a god people would pray to in hospitals. His son, Asclepius, is considered a god of medicine, healing, and physicians. The Rod of Asclepius is synonymous with modern day health organizations like WHO. 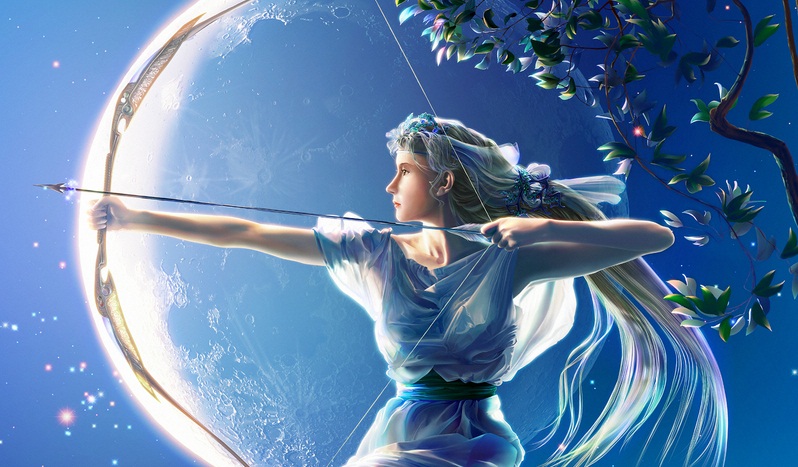 Apollo’s twin sister Artemis is goddess of the hunt, virginity, the Moon, wildlife, and archery. Artemis is another deity who could become a god of firearms, considering her relationship to archers and the hunt. Though a protector of animals, she also hunts them. This would make her a likely goddess for animal protection and conservation, but also for game hunters. However, she punishes people who hunt for sport. Artemis was very protective of her pride as a woman, but would easily punish anyone who violated her privacy and those of her followers. She could be adopted as a representative of campaigns for gender equality and justice. As for the Moon, well, Artemis personifies it, and man walked on it after landing on it in Apollo 11. Siblings together in spaaaace! 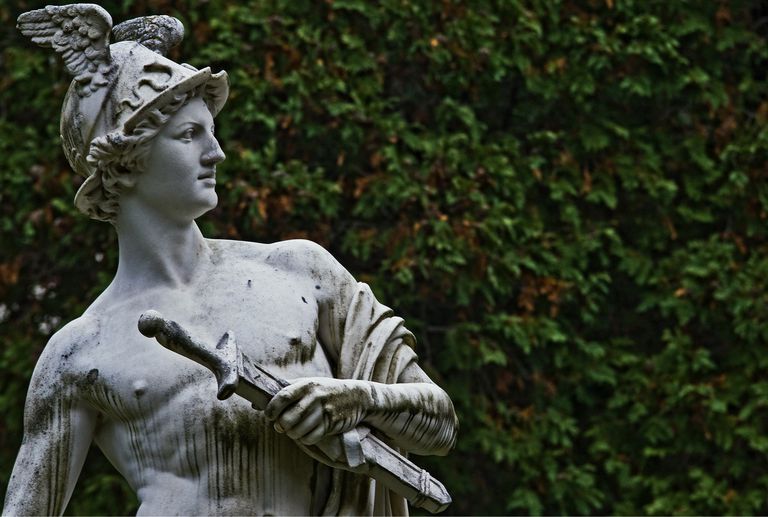 Like Poseidon, Hermes is pretty iconic, renowned for his winged sandals. Comic book wise, he influenced the many versions of the Flash. Hermes is known as the messenger of the gods, and fits with the iconography of the American mailman and mailbox. His other domains include travel, trade, thieves, sports, athletes, and serves as a guide into the Underworld. Being the god of journeys effectively makes him the deity of all roads and vehicles, including cars, trains, and airplanes. Route 66 would be considered a path of pilgrimage. He probably would have been popular in the 1950s with the craze of fast cars and freeways. His relation to trade and merchants would connect him to both Las Vegas and Wall Street. As said earlier, it is suspected that an unseen god in American Gods, who lives in Vegas, might be Hermes or Mercury. 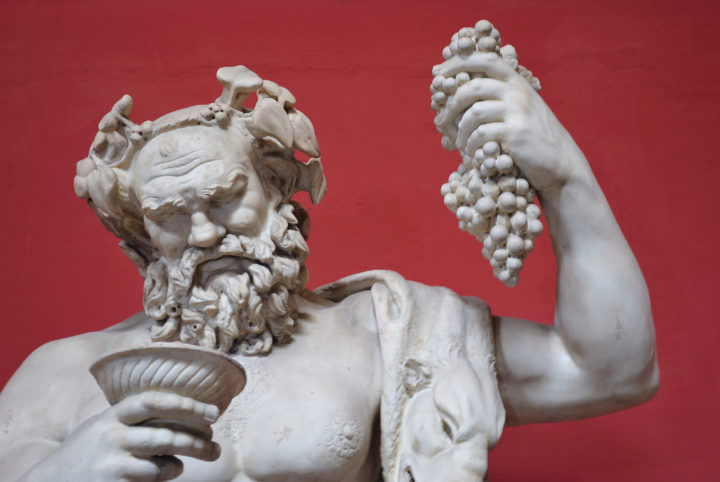 And now, we have Dionysus, the god of wine, merriment, and theatre. Dionysus’ life philosophy is to get drunk and have a good time. Sounds just like how Hollywood depicts American colleges and universities. Frat parties, if not all parties, would be thrown in his name. But, Dionysus doubles as the god of debauchery and ecstasy, so he would also relate to drunkenness and taking recreational drugs. Outside of potheads, alcoholics, and party animals, I don’t believe these other elements of Dionysus’ rule would be heavily worshipped in America. On the other hand, people do love their theatre, like Broadway and vaudeville.

How do you think the Olympians would be worshipped in America? How would they be adapted within American Gods? Leave a comment below, or on our Twitter and Facebook feeds.