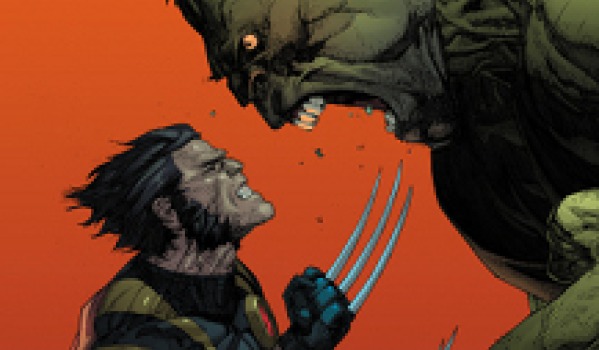 We’ve all spoken down the pub about how our favorite superhero could destroy another in a fight to the death. Its only natural; it represents a part of us that longs for decisive conflict and, ultimately, for reconciliation and the end of conflict: these types of stories are as old as mankind.

It’s something often left unrealized by the ever-growing amount of comic book movie adaptations. Fear not! The multiverse’s have answered your prayers for blood-letting and offered the opportunity to slake your wroth! Eight is a lucky number to the Chinese – it signifies wealth and prosperity and they seem to be doing alright these days – so, here are eight of the most savage incidences of superhero violence. 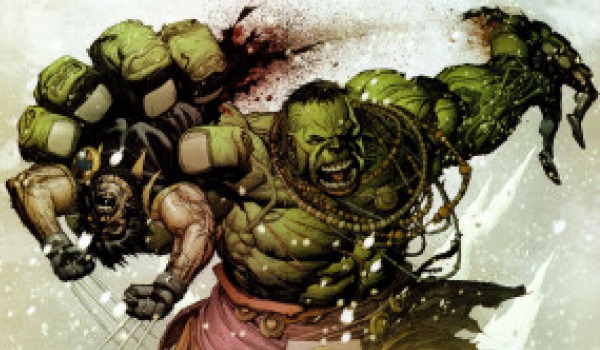 In Damon Lindelof and Leinil Francis Yu‘s Ultimate Wolverine vs. Hulk, Banner goes AWOL and becomes a murderous villain (no one saw that coming?). Everyone’s favourite indestructible mutant, Logan, is hired to take him down but he’s not as keen on the idea as he might be – you may well say he’s torn. When we see the green Goliath being worshiped as a deity by scantily-clad women in a Tibetan temple, it seemed to me like he’d finally won out. Enter Wolverine.

Needless to say, at first, it doesn’t go so well for Logan. We can easily imagine how savage The Hulk is capable of being but its something else altogether to see it with as a two-page spread (see image). The Hulk literally rips Wolverine in two. Wolverine then schleps up a mountain in order to retrieve his legs (easier said than done when you have no legs); later on in the series, he ends up as a head on a tray before being restored to full working order. Bruce, meanwhile, ends up having sex with Betty, jumps out of a plane, and in the end everybody walks away from it okay.

It’s just a shame it took three and a half years to tell the story from beginning to end. How’s that for a shot in the arm? Leg? Head? 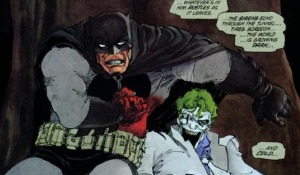 In Frank Miller‘s seminal Batman series The Dark Knight Returns, we see a robust Mr. Wayne back from retirement to have a final crack at Gotham’s criminals. All superheroes/vigilantes in America have been outlawed except for Superman, now the government’s bitch, so Batman steps things up a notch: no mercy, no holding back. He even throws out his cardinal rule of no killing and finally finishes The Joker – by proxy… kinda. First Batman throws a Batarang in The Joker’s eye then in the ensuing fight The Joker wriggles himself to death by snapping his own aged spine, but not before he gives Batman a good stabbing. Either way, it took ’em both long enough to finally bring about a fatality.

There’s a shocking finality to it, but it doesn’t fill the void you’d think it would. It’s a sense capitalized on at end of the recent video game Arkham City, Batman carries The Joker’s corpse to the police in the rain and leaves without saying a word. It’s quite sad really; after all, what is Batman without his arch-nemesis?

WINNER: Draw. Joker dies, but still gets the last laugh.