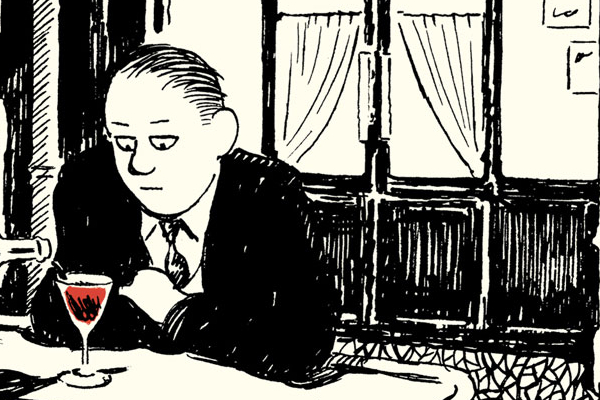 A comic that ridicules the bourgeois and the bohemian of Paris’ 20th century literary scene shouldn’t be this bland. Alessandro Tota‘s black comedy detailing the downfall of Daniel Brodin‘s spontaneous stabs at claiming status in pretentious circles is drawn with comical vigour by Pierre Van Hove. And yet, much like its protagonist, the literary fake Brodin, Memoirs of a Book Thief passes through without a great deal of care or effort.

Memoirs of a Book Thief charts the spiralling life choices of Brodin. A law student by day with ambitious yet ill-judged desires to join the Parisian literary movement, he resorts to stealing a chunk of bizarre Italian verse, passing it off as his own work. Received with rapture and instantly perceived as a genius, the mob he clings to leads him on a journey of dizzying adventure. The comic’s comments on the skewered perceptions and lifestyles of artistic bohemians is clear-cut from the start. The crowd Bordin wants to be a part of so desperately parodies the elite, yet Brodin himself parodies these bohemians by managing to slip into their ranks so effortlessly. Only one man, the Dandy, knows of the verse Brodin has stolen, and his passive-aggressive warnings to Brodin cement and undercurrent of danger into the story. 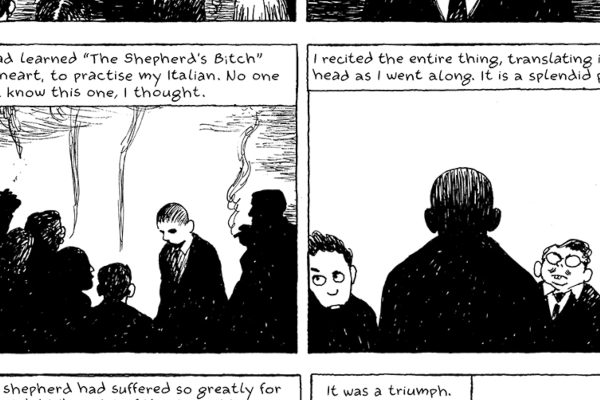 An added layer of humour is found in how, beyond the Dandy, none of these literary waifs and strays are aware of the poetry Brodin steals. This tears down their artistic expertise, highlighting their pretentious attitudes. However, Memoirs of a Book Thief doesn’t venture any deeper in commenting upon the elite and the carefree. The book coasts along on a surface-level tide of humorous hi-jinks for Brodin. Serving the book’s sense of humour well is Van Hove’s art. His smouldering black-and-whites easily captures the story’s 1950s aesthetic, giving Brodin’s autobiographical monologues a smokey, urban richness. Elsewhere, his depiction of the characters bears a languid smoothness that’s juxtaposed by their caricatured expressions. 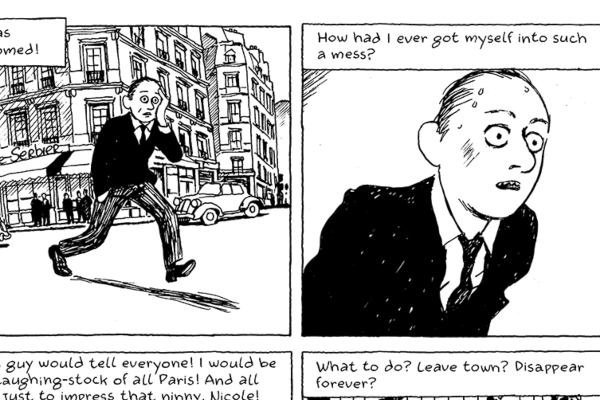 Even with this handsome visual package, Memoirs of a Book Thief struggles to stay afloat above its own ramblings. Brodin’s life proceeds to be pulled in numerous directions at once, escalating further when his collection of vagabond acquaintances starts to disintegrate via suicides and robberies. He winds up paying the ultimate price for his street-level fame when he’s entangled in a heist gone wrong, but yet again, the comic doesn’t offer any firm resolution, no final comment. We end on a deceptively vague note, ad Brodin’s quest for a life different to his original one becomes a never-ending mission into the unknown.

Memoirs of a Book Thief is a thundering comedown from the hot streak of original, fictional titles produced by SelfMadeHero over past months. It doesn’t reach the heights of Apollo, Tumult, I Feel Machine, Lip Hook or Wolf, and by its end, simply crumbles into an unremarkable sort of nothingness.

You can discover more about Memoirs of a Book Thief from SelfMadeHero. Did you enjoy the comic better than we did? Let us know in the comments section below or send us a Tweet!